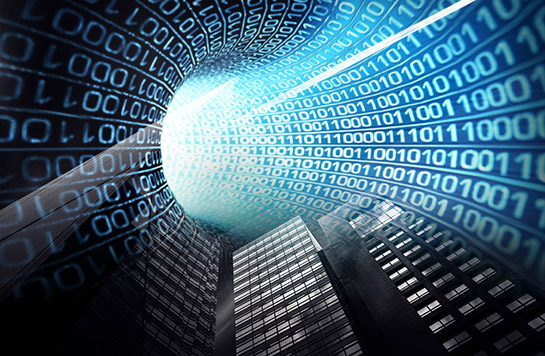 The VMware SD-WAN by VeloCloud product features include high performance, high reliability, virtualisation of appliances, cloud integration, automation, and easy orchestration. VMware also emphasizes that the product is effective at virtualising the infrastructure of an enterprise’s branch locations.

Redvine currently runs and operates Gateways across South Africa and multiple locations across Africa, this is under the official license from Velocloud.

Components of the VMware SD-WAN

The VMware SD-WAN Edge, SD-WAN Gateway, and SD-WAN Orchestrator combine to provide the various features of the VMware offering.

The SD-WAN Edge is an x86-based CPE that runs virtual network services (VNFs). Its function is to connect an office or location to cloud applications, compute resources, and virtualized services. It connects to the system of VMware SD-WAN Gateways.

The Gateways are deployed at data centers to optimize traffic paths for assured performance and provide security services like firewalls.

The SD-WAN Orchestrator provisions business policies network-wide that make the network adapt to meet business goals. In addition, it allows for services to be inserted into the network, monitors the network in real-time, and analyzes application performance.

A depiction of the VMware SD-WAN by VeloCloud with various components and connections. Source: VMware

VMware sees bandwidth demand as a major challenge for enterprises with traditional WANs. While an MPLS-based WAN is reliable, it is not scalable. Since enterprises are using the cloud more and more for mission-critical applications, they need scalability and more bandwidth. An SD-WAN solution like VMware’s adds to an enterprise’s existing MPLS with broadband and LTE connectivity. The alternative connections have the benefits of being cheaper, faster than MPLS, providing more bandwidth, and being accessible.

VPNs can automatically be established when security policies are triggered. The policies are defined by the orchestrator software of the network, which is controlled by network administrators in a central location. This secures connections between any enterprise locations, data centers, or the cloud.

Traditional WANs and certain SD-WANs do not extend virtualization into the branch. These decentralized locations then are left with inefficient fixed-function boxes. Deployment and maintenance of such boxes are both complex and expensive. The VMware SD-WAN connects branch locations to the rest of the network with its SD-WAN Edge device. One of those devices running multiple VNFs can replace a group of fixed-function boxes. Plus, since the SD-WAN Edge device virtualized the branch equipment, network visibility extends to network activity in the branch LAN.

The VMware offering’s orchestration abilities mean even if the branch is a remote office or a remote worker, employees can connect to the rest of the WAN and the end destination of an application’s data. Security policies, quality of service, and application access control can be orchestrated no matter where the worker, or application, is. The orchestrator can also handle any device or network the employee may use.